As the teaser anticipated, the season should answer the most important question asked by Jonas: “Why am I here?”.”What TV series do I start?”. How many times have we asked a friend for advice? Finding your way among the many TV series on streaming video platforms is always tricky. Every month on Netflix, new titles come out that intrigue and attract attention, or the new seasons of old series that we have already loved are available. But which are the best TV series, the ones not to be missed? If you want to keep up with the times and always knowledgeable about new releases, we will take care of it. Here is an updated list with a selection of the best TV series to watch on Netflix.

We choose them among those recently released and among the news on the platform, and we select only those that are worth looking at. Keep following this page, because we will return to update it every month with the most important new arrivals. It will be impossible to be caught unprepared.

Netflix: The Best TV Series To Watch In June 2020

After ten episodes, the fourth and final season of Thirteen runs through the last year of high school for Clay and his companions and friends. As the official synopsis says, “before saying goodbye, they must keep a dangerous secret hidden and make painful decisions that could change their lives forever.” A right and proper account, which for some means processing and growth. While Clay gets help from Dr. Robert Ellman (the new entry Gary Sinise) to feel better, a suicide, an attempted mass shooting, and a murder are disturbances destined to leave their mark. Clay, Jessica, Justin, Alex, Tyler, and the others face the consequences of their past actions for the last time. Will there be redemption for them?

Do not miss it because it is the last chapter of a controversial series that has long been talked about, and that has not been indifferent. Seeing what fate awaits the boys of Liberty High is the right tribute that a spectator can offer to a last intense season but which, compared to the previous ones, finally closes a circle. 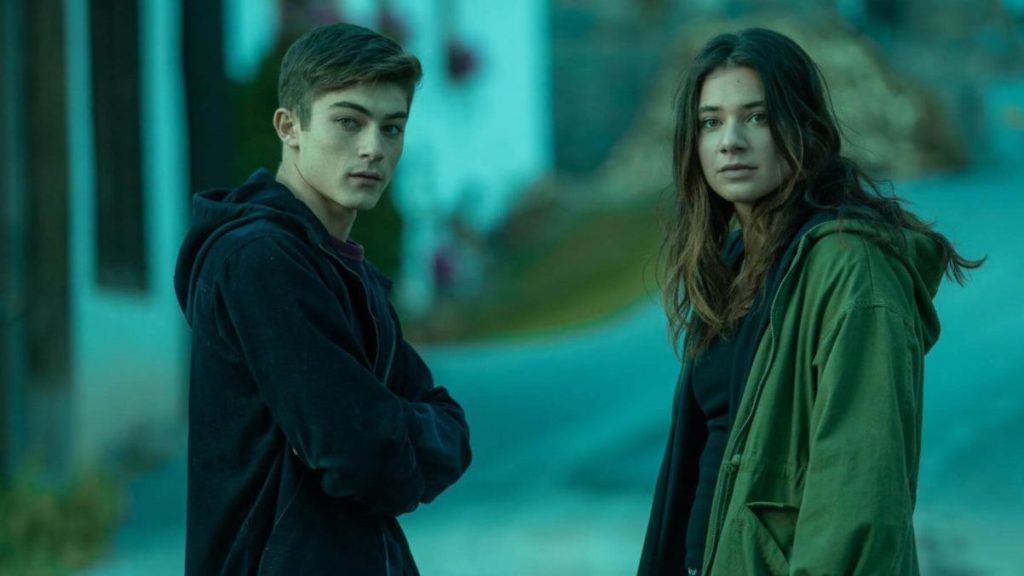 Curon is the fifth original Italian series of Netflix after Suburra: The series, Baby, Luna Nera, and Summertime. The series takes its title from the suggestive location, the enchanting village in the province of Bolzano. It is famous for its submerged bell tower, emerging from Lake Resia’s waters. The protagonist is Anna (Valeria Bilello), a young mother. She returns to her hometown with her children, the twins Mauro and Daria, and then mysteriously disappear. The two boys understand very soon that this town, its lake, and even the majestic hotel run by grandfather Thomas, hide secrets that are difficult to decipher. So they have to deal with a substantial family inheritance by discovering that you can escape from your past, but it is impossible to do it from your destiny.

Not to be missed because of the attempt to follow a road little traveled by Italian screenwriters such as the supernatural is appreciated. Among the most exciting elements of the series are the splendid location, dark photography, the well-balanced direction, and an excellent cast.

Ryan Murphy’s first original series for Netflix returns with season two, The Politician. The new episodes of this singular and sumptuous comedy follow the adolescent Peyton Hobart(Ben Platt). In this season, the protagonist struggling with a particularly ambitious goal: the race to the Senate of New York State. To tick it off, Peyton must challenge Dede Standish and Thus continue on the path to the Presidency of America. Meanwhile, his mother will make an important decision that will risk overshadowing him and everything he hopes to achieve. Will Peyton manage to pursue his dream without revealing his embarrassing secrets and compromising himself?

Do not miss because The Politician offers the best that Ryan Murphy has accustomed us to the sumptuous settings, the songs (even before Ben Platt is a famous face on Broadway), the LGBTQI themes, and the characters over the top.

June 27 marks the beginning of Dark’s end. It is the third and final season of the intricate German Netflix series. In this season, the journey of four families and three generations linked by mysteries will come to an end. As the teaser anticipated, the season should answer the most important question asked by Jonas: “Why am I here?”. But, as promised by the creators and showrunners, it will not be the only question to which episodes will answer. Therefore review the first two seasons to prepare for the vision of this last chapter. It is good to remember only one thing: in this series, as in life, “everything returns cyclically.”

Don’t miss it because Who wouldn’t want to know how this story ends finally?